Here is our Van Travel Guide. Van is located at the Eastern Turkey. It is by the eastern shores of Van Lake. Population of the city is about half million.

History of the city and area goes back to 6th millenium BC. It was the capital of Urartu State during iron age, between 9th and 6th centuries BC. Its name was Tuspa back then. After Urartus, Persians, Alexander the Great, Armenians, Romans, Eatern Romans, Arabs rulled the city till the arrival of the Turks in 11th Century AD.

There was a mix population of Armenians, Kurds and Turks in Van till the early 20th century. During the WW 1, Armenian gangs backed by Russians started ethnic cleansing against muslim population in the city. The ruined old city and mosques are still visible at the southern shores of Van Castle. Then in 1915, Ottomans expelled the Armenian population in and around Van to Lebanon. Majority of the population have Kurdish etnicity and there is a sizeable Turkish minority. 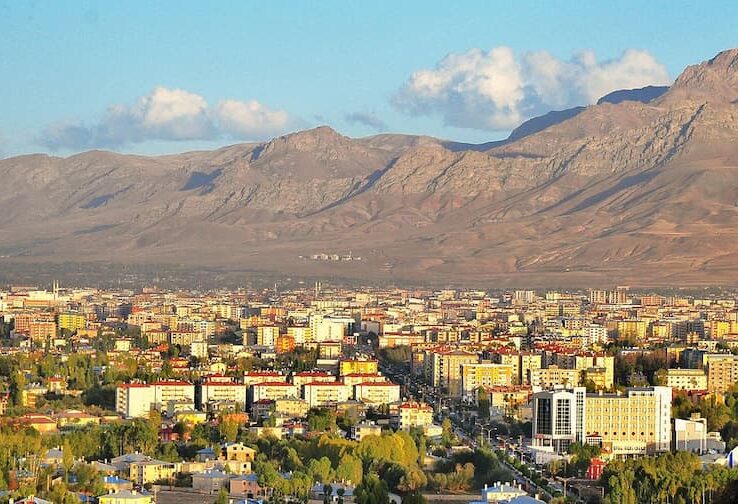 Van Ferit Melen Airport is just 5 km away from city center. There are regular flights from Istanbul Airport with Turkish Airlines and Sabiha Gokcen Airport with Pegasus Airlines.

Sites to See and Visit in Van 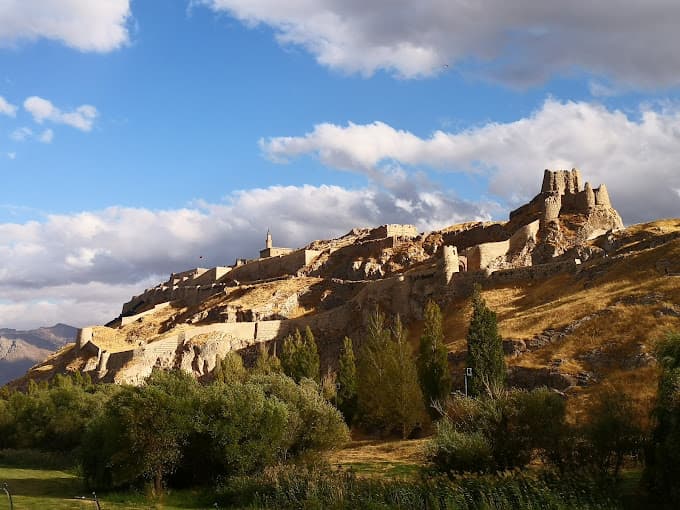 Van Castle is a massive stone fortification from the time of the ancient kingdom of Urartu.  It overlooks the ruins of Tushpa the ancient Urartian capital during the 9th century BC. The castle was the acropolis of the city. All the civilizations used the fortress till the Republic of Turkey.

It was the reigious center for Urartians apart from a citadel. Oxen and sheep were sacrificed for the Urartian gods, according to the inscriptions discovered at the location.

The westernmost tip of the mound, revealed a building with 15 rooms. This residential complex, with stone foundations and mudbrick walls are the Early Architectural Phase. It was on the top of a conflagration layer. The scholars dated it to the 8th century BCE. The Lower City of Tushpa was first founded in the south of the citadel. In this location, the inhabitants were protected by the fortress hill from the harsh northern winter winds. After the 9th century BCE, the settlement expanded and formed new districts around the citadel. 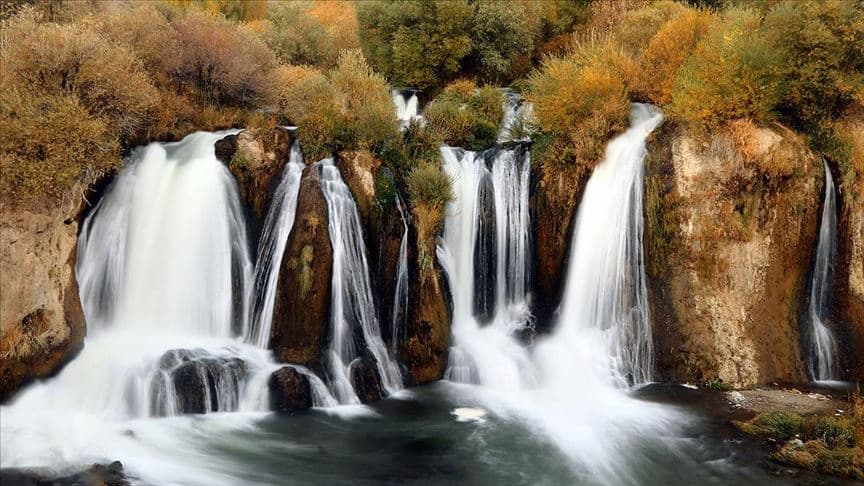 Muradiye Waterfall is signed on the west side of the main Dogubeyazit road, some 20 km north of the junction with the road from Tatvan and past the village of Muradiye.

The road to Muradiye offers some really good views of Lake Van and mount Suphan as well as patches of lush pasture, thanks to the irrigation systems in place.

A quite large waterfall, usually getting frozen in winter. Muradiye Waterfall offers beautiful scenes both in summer and winter. There is a small forest area close to the waterfall which provides shade during the summer months. 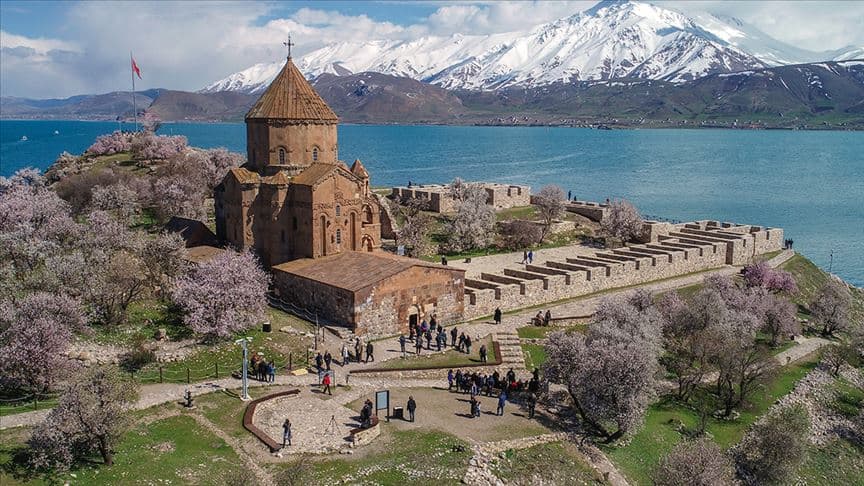 Akdamar Island is the largest island in Lake Van, located in Eastern Anatolia region of Turkey. Its highest point is 1912 m high. It is surrounded with steep rocks that go as high as 80 m. Its territory is 70.000 m2 and has a coastal length of 3 km.

Designated as a protected area due to its archaeological importance, the island of Akdamar is also home to the unique Akdamar Church. The church was restored, and it is open to prayer once a year.

The Cathedral of the Holy Cross stands atop a serene island in the middle of Lake Van. The portrayal of David and Goliath is among the extensive array of bas relief carvings that adorn the external walls. Although the cathedral has been converted to a monument museum, its religious heritage is still unmistakable. The Cathedral of the Holy Cross was renovated faithfully to its original structure between 2005 and 2007 auspices of the Ministry of Culture and Tourism. The cathedral was opened for museum visits on 27 March 2007. In September 2010, Turkish Ministry of Culture and Tourism opened the Akdamar Church for prayer for a single time in a year.

Akdamar Island, which is reachable in roughly twenty minutes by boat from Gevas. There is a small pier off the shore of the island.

Also, before get to Gevas City Center, you can stop at the GRAND DENIZ TESISLERI. It is a restaurant and same business has the shuttle boats to the Island.