Hatay is located at the south-east of Turkey and surroundered by Mediterreanen Sea on the west and Syria at the east. There are direct flights to Hatay or you can fly to the city of Adana then drive to Hatay.

Hatay is one of the most historical city in Turkey. It was ancient Antioch where was such an important city in Christianity History. Also, Hatay has hosted many civilizations starting from 9000 BC up until now. It has a 186 kilometer-long coastal band, the mild climate of Mediterranean region. Such a great mixture of cultures and religions. Therefore it has a very rich cuisine waiting for you. 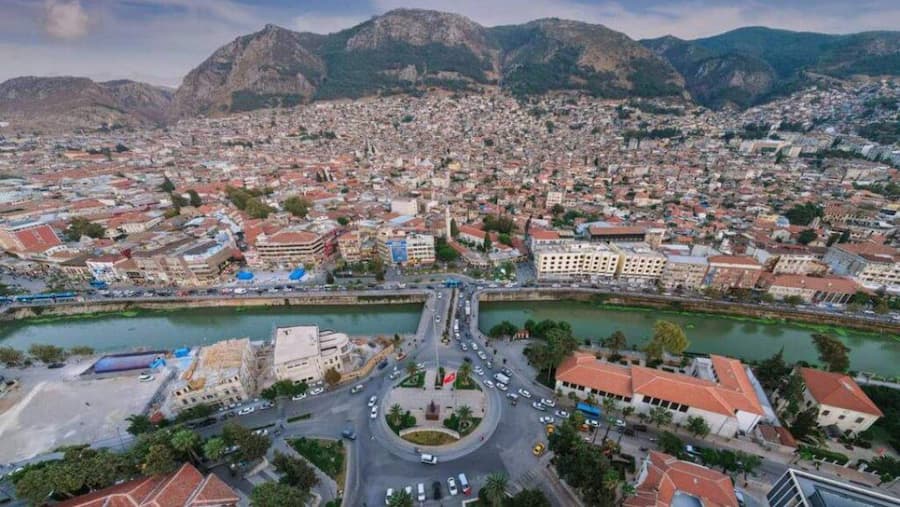 As a summary, Hatay’s meat and kebab culture does not only includes shish kebab and barbecue tradition. Also many other cooking techniques such as pot dish and oven roasted kebabs cooked with plenty of vegetables, indicating the reflection of different cultures on Hatay’s cuisine. 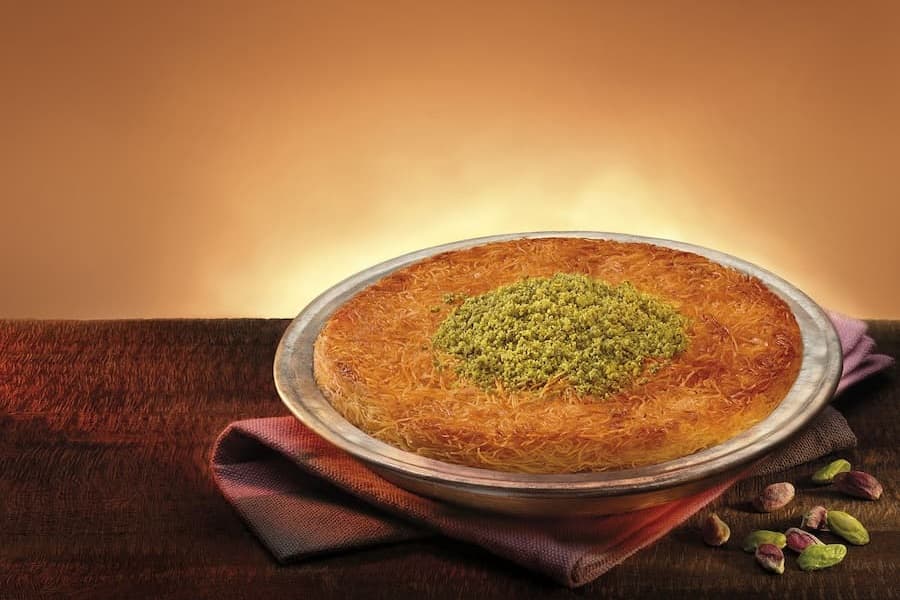 A semi-soft cheese Hatay cheese is used in the filling. In making the künefe, the kadayıf (finely shredded phyllo dough) is not rolled around the cheese; instead, cheese is in between two layers of wiry kadayıf. Of course, they cooked it in small copper plates, and then served very hot in syrup with clotted cream (kaymak) and topped with pistachios or walnuts. 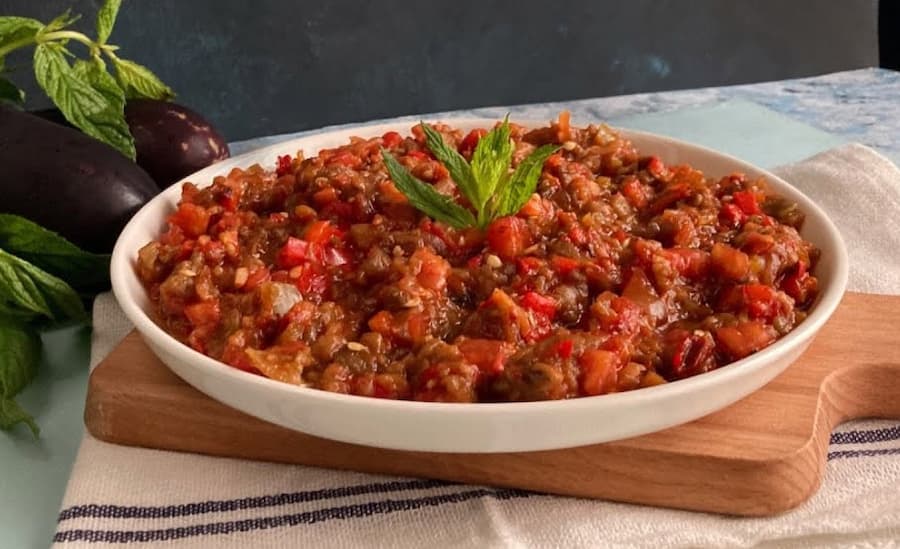 Abagannus is made with eggplants, tomatoes and peppers grilled in a stone oven. After they serve with lots of olive oil and pomegranate syrup. A traditional Dish of Hatay and they serve it as starter or mezze 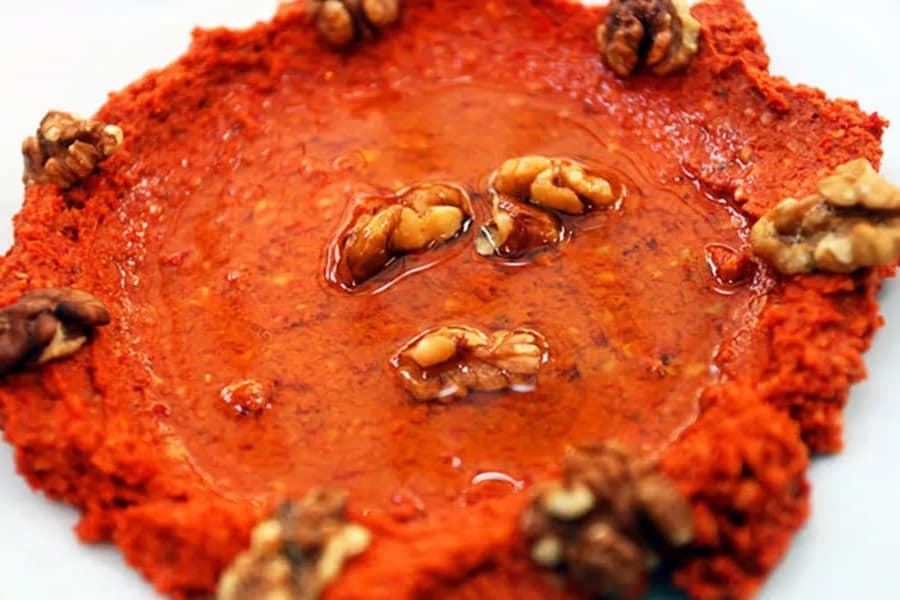 To make Red Pepper with Walnut (also known as Muhammara), they mash the Red Pepper and walnut in the mortar together. Then they served with olive oil and pomogranate sauce.