Mardin is a city in southeastern Turkey. It is known for the Artuqid architecture of its old city, and for its strategic location on a rocky hill near the Tigris River that rises steeply over the flat plains. 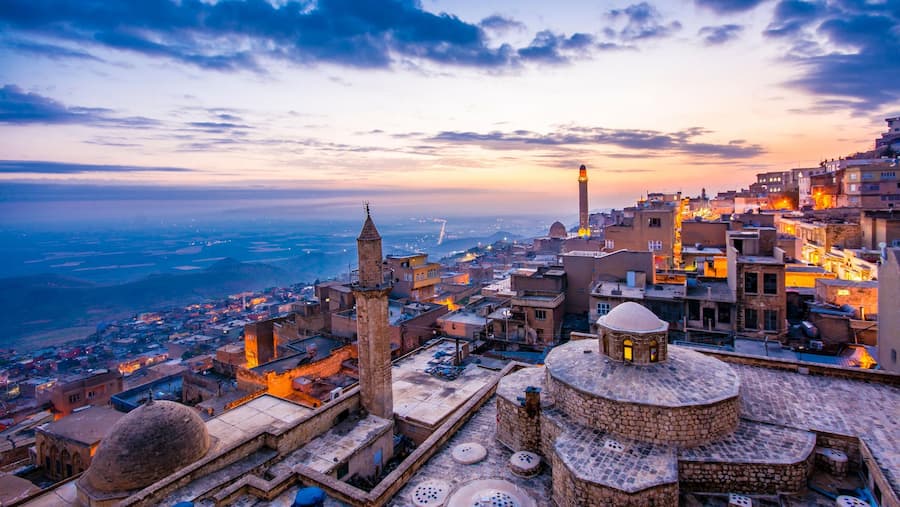 There is an airport in Mardin. It is about 12 km from city center at the south. There are regular flights from Istanbul and the flight time is about 1,5 hours.

Where to Stay in Mardin

Mardin is getting popular each day and also Turkish people shows a great demand. Therefore tourism industry is important for the city and it offers alot to the travellers.

In addition Mardin’s old city will take you back in history with its traditional houses, narrow streets, churches, mosques and more. And there are plenty of traditional stone houses that are serving as hotel in old city.

We highly recommend you to stay over in the old city especially in a stone built boutique hotel.

Sites to See and Visit in Mardin 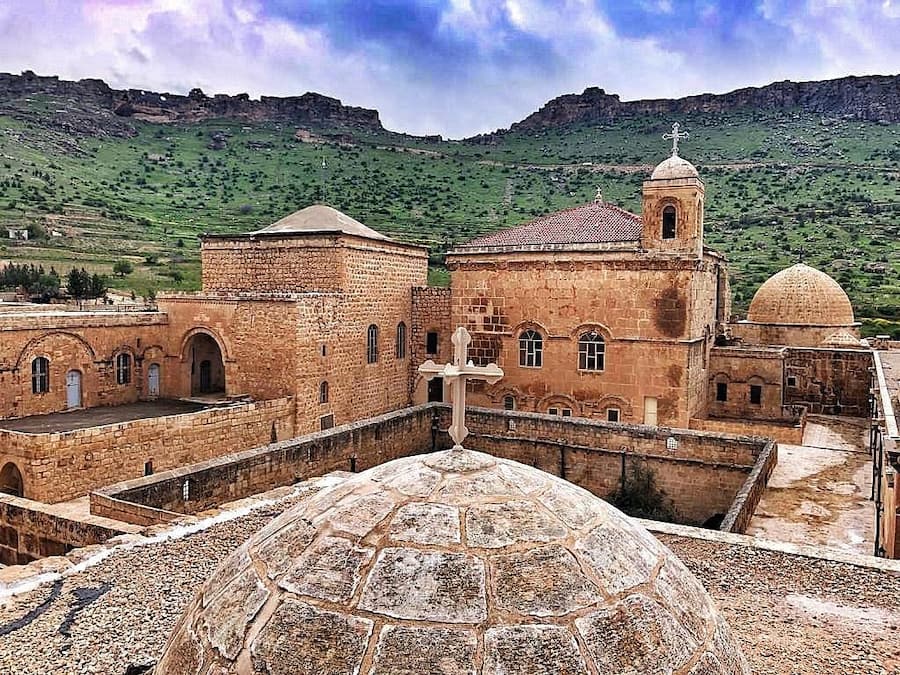 Dayro d-Mor Hananyo (ܕܝܪܐ ܕܡܪܝ ܚܢܢܝܐ‎)  is an important Syriac Orthodox monastery where is in the Syriac cultural region Tur Abdin. Also It is about three kilometers south east of Mardin.

The monastery became famous with its nickname, the ‘Saffron Monastery’. In other words, ‘Deyrul Zafaran’. It is derived from the warm color of its stone.

From 1160 until 1932 it was the official seat of the patriarch of the Syriac Orthodox Church. Now the patriach is in Damascus. However, The Patriarchal throne and many relics are still in the Monastery, as well as the Tombs of various Patriarchs.

The monastery has 365 rooms – one for each day of the year. 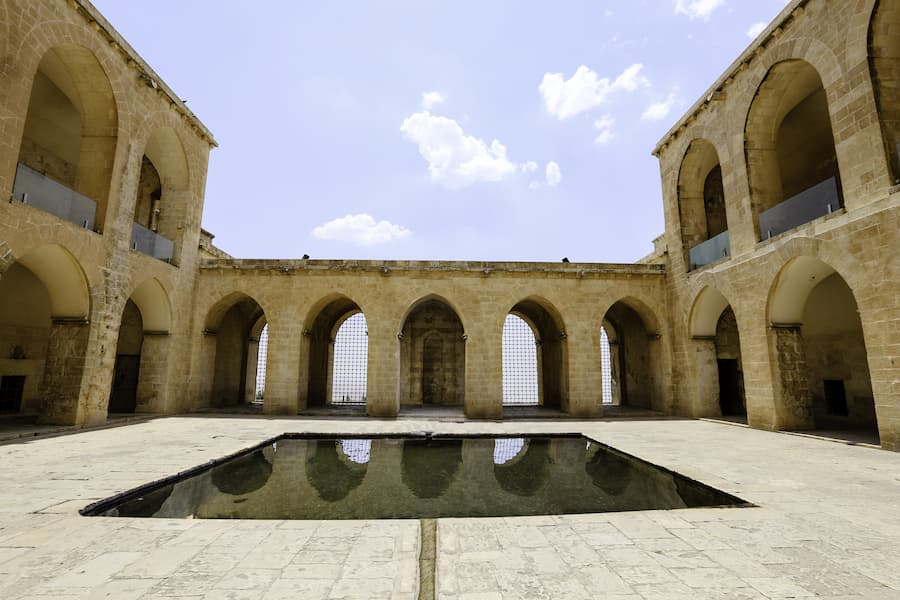 Kasimiye Madrasah is a former madrasah (religious/theological school). Artukid Dynasty started the construction of the madrasa in 15th century. It was incomplete because of the Mongol attacks in the Timurid period. After that, at the end of the 15th century it was completed and opened.

The madrasah was one of the most important educational centers in the region during its education period. Above all, Mardin had the most financial resources in the 16th century. The madrasah became inactive due to World War I and in the early years of Republic of Turkey, it was totally closed. It houses two mosques, a shrine and a fountain. A great sample of Artukid Architecture. 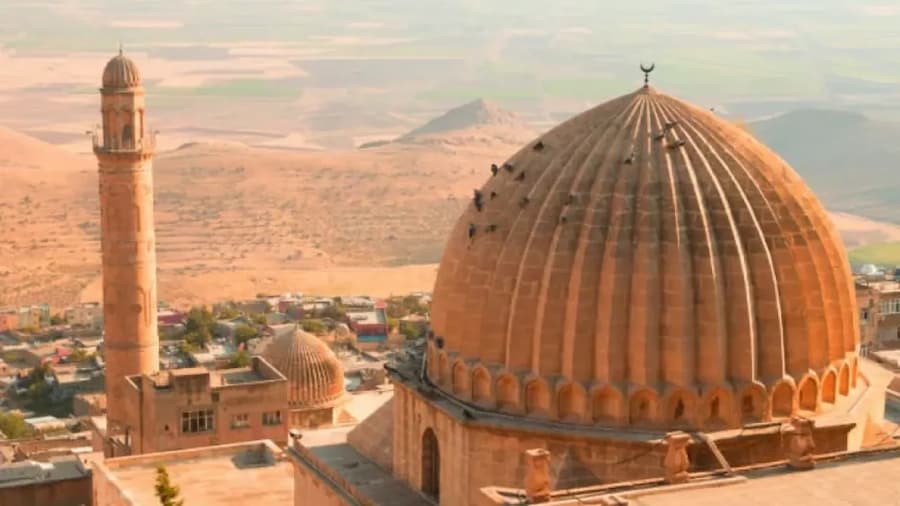 Great Mosque of Mardin is like the symbol of the city and one of the great sample of Artukid’s architecture. For instance, Its magnificent dome and minaret overlooks the northen mezopotamian flats. According to the inscription of the mosque, the construction year is 1179. 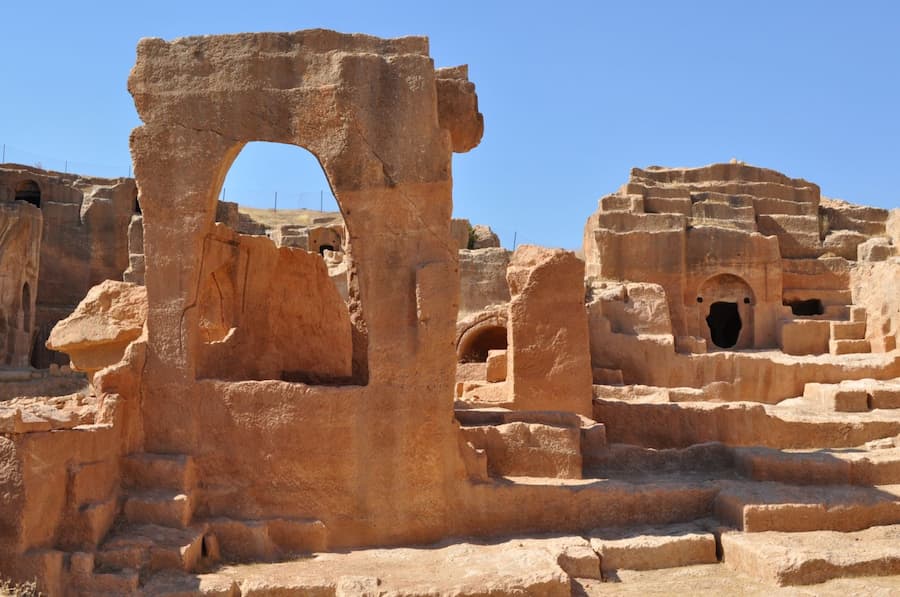 According to the excavations, Empror Anastasius established it as a military barrack to secure the eastern border of the empire. Later, extension of the settlement turned it into a city.

4 km long walls surround the city. Also, there are remainings of church, cistern, bazaar, citadel and rock carved living units. Archeologists unearthed only 30 percent of the city. Excavations are still going on. 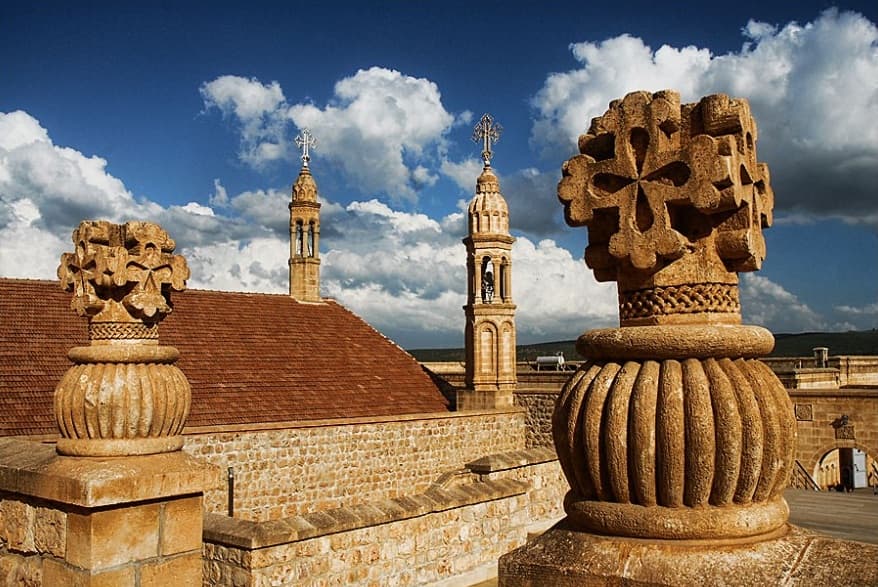 Dayro d-Mor Gabriel (ܕܝܪܐ ܕܡܪܝ ܓܒܪܐܝܠ‎) the Monastery of Saint Gabriel is about 20km from Midyat Town in Mardin. Also, locals call it Deyrulumur. It is the oldest surviving monastery in the world. It is on the Tur Abdin plateau near Midyat.

According to tradition, Shem’un (St Simon) had a dream in which an Angel commanded him to build a House of Prayer in a location marked with three large stone blocks. When Shem’un awoke, he took his teacher to the place and found the stone the angel had placed. At this spot Mor Gabriel Monastery built in 397AD.