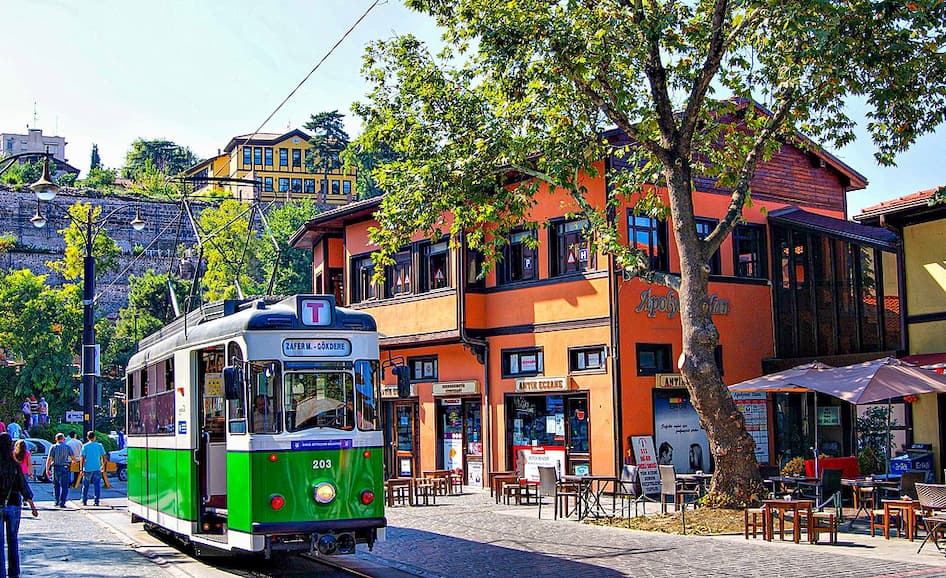 Bursa had its name from its founder, King Prusias of Bithynia. It subsequently came under Roman, then Byzantine rule before it became the first capital of the Ottoman Empire in 1326 under the command of Orhan Gazi. Many important Ottoman buildings still remain in Bursa.

Bursa is a large city in northwest Turkey, lying in the foothills of roughly 2,500m-high Mount Uludağ near the Sea of Marmara. The city is famous with its mosques and historical sites from the early Ottoman Empire. It’s nicknamed “Yeşil Bursa” (Green Bursa), owing to its many parks and trees, as well as its dramatic mountain backdrop.

Populatin of Bursa is about 2 million as the 4th biggest city of Turkey.

Sites to see in Bursa 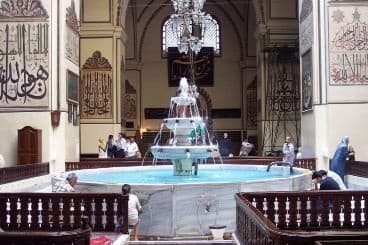 The Grand Mosque of Bursa is a historic mosque in Bursa, Turkey. Ottoman Sultan Bayezid I commissioned it to commemorate his great victory at the Battle of Nicopolis and built between 1396 and 1399. Then, The mosque is a major monument of early Ottoman architecture and located in the heart of the old city alongside its historic markets.

The mosque is a large rectangular building.  Its interior space has by twenty domes arranged in four rows of five that are supported by twelve columns. At the mosque’s center, there is a unique fountain over a water basin.

The Grand Mosque is popular for its decorative calligraphy. In addition, it is like a “calligraphy museum” 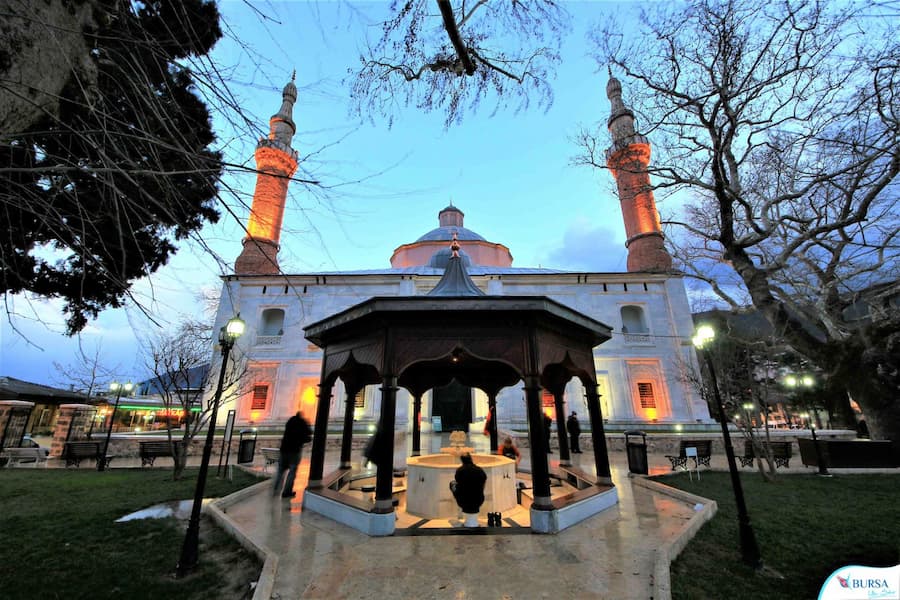 Built in 1419 by Mehmed I, this structure consists of a mosque, tomb, soup kitchen, madrassah, and hamam. Nowadays, the madrassah is the Turkish Islamic Arts Museum, the soup kitchen into a café, and the hamam into a pretty souvenir shop. So, The name Green Mosque comes from its green and blue interior tile decorations.

Green Mosque was commissioned by the Ottoman Sultan Celebi Mehmet. The name of “Green” is drived from the breathtaking green colored tiles that mainly decorates the interior of the mosque.

Sultan Mehmet’s tomb is just outside of the Green Mosque and it is called Green Tomb. 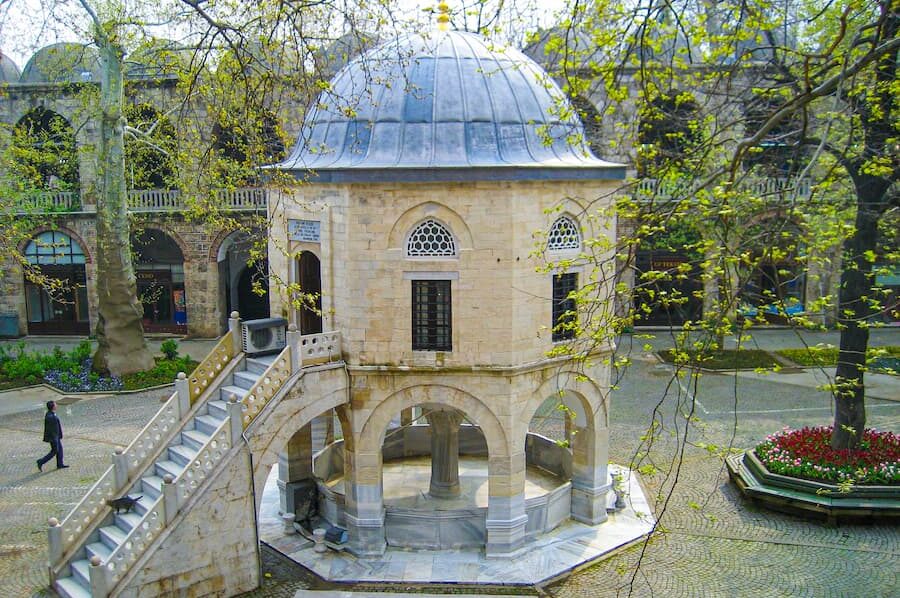 As Bursa is the center of silk production for centuries, Sultan Bayezid II ordered the construction of the Koza Han in September 1491.

The structure composes of two breath taking floors in the typical Ottoman architecture with a courtyard in the middle. Also, Despite silk trade is no longer organized here, the shops are still selling silk garments, scarves and more.

Koza Han was the main Silk Market to sell silk cacoons. Today, it is a bazaar where you can find silk scarfs.

Sites to see around Bursa 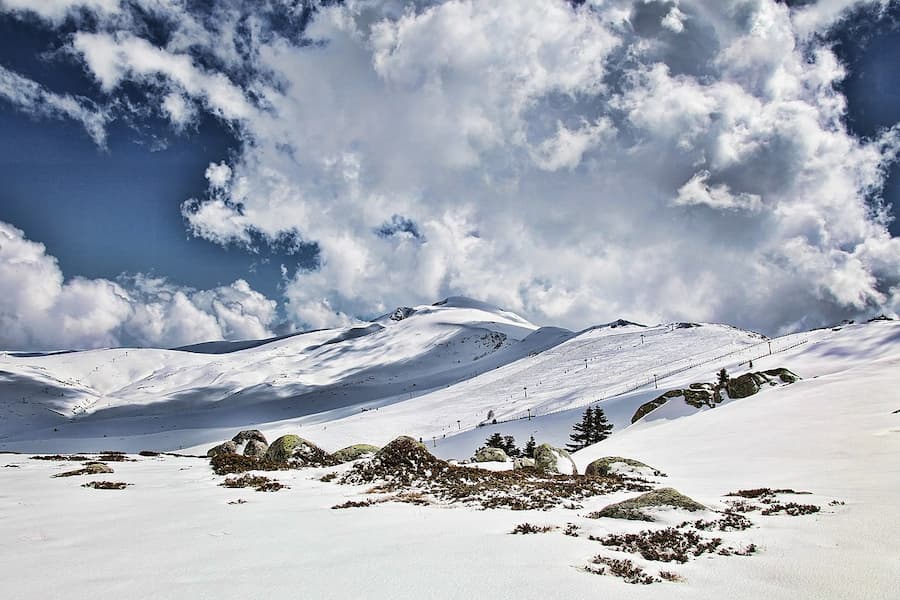 Uludağ, the ancient Mysian Olympus, is a mountain in Bursa Province, Turkey, with an elevation of 2,543 m. In Turkish, Uludağ means “great mountain. Also, Mt. Uludağ is the highest mountain of the Marmara region. Therefore, The area is a popular center for winter sports such as skiing, and a national park of rich flora and fauna. Summer activities, such as trekking and camping, also are popular.

Driving to the peak takes about 30minutes by car but also cable cars that run from city center takes people to the peak too. 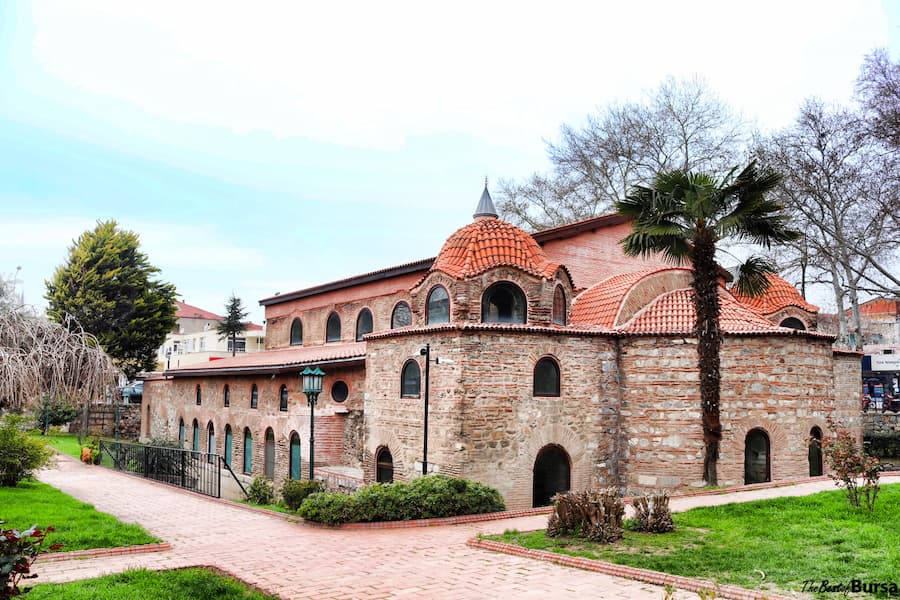 İznik is a town and an administrative district in the Province of Bursa and it’s about 80km by road from Bursa. Its ancient name was Nicaea , from which its modern name also derives. The town lies in a fertile basin at the eastern end of Lake İznik.

5 km of walls about 10 m high surrounds the historical city on all sides . Also These were in turn surrounded by a double ditch on the land portions, and also included over 100 towers in various locations. For instance, Large gates on the three landbound sides of the walls provided the only entrance to the city.

The town became more important with the development a pottery and tile making industry during the Ottoman period in the 16th century. Most importantly, Iznik ceramic tiles were for to decorate many of the mosques in Istanbul such as Suleymaniye Mosque and Blue Mosque.

Justinian 1 built the church of Hagia Sophia in the middle of the city in the 6th century. After that, Second Council of Nicaea met in this building in 787 to end the first period of Byzantine Iconoclasm. 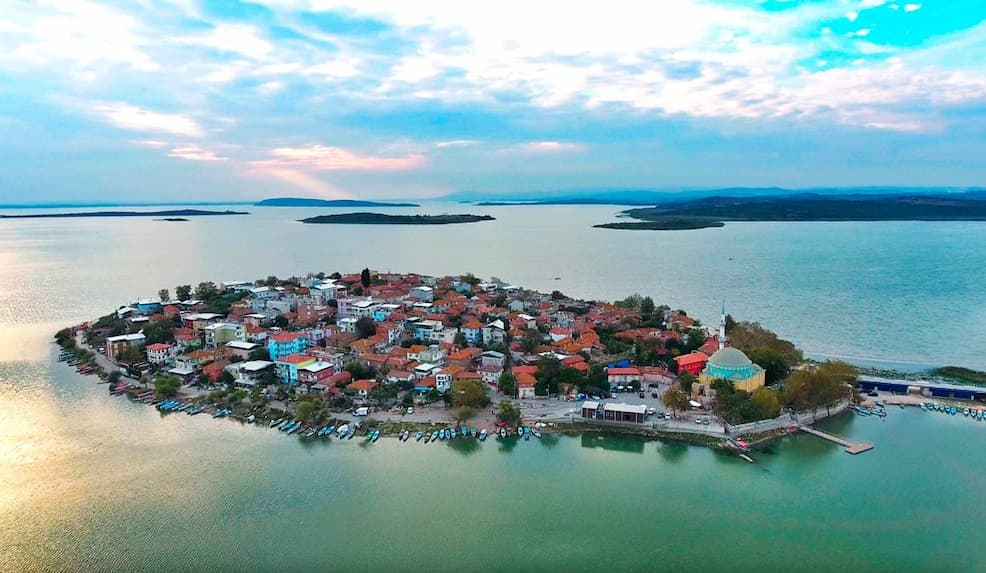 Gölyazı is a Turkish town founded on a small peninsula on Lake Uluabat. Gölyazı was established in the 5 Century BC by greek colonist and it was firstly named Apollonia , dedicated to god Apollo.

Today’s Turkish Town is exactly sitting on the ruins of ancient city of Apollonia.

Every year the town holds the Stork Festival in summer.

In addition to the ruins of the ancient fortress, city holds the ruins of the Temple of Apollo, the ancient theater and aquaduct in the vicinity of the peninsula. Hagios Georgios Church was built by the Greeks in the 13th century and was in use till the population exchange between Turkey and Greece in 1924.

Golyazi is actually a small island which is just 10 meters away from the mainland. It is linked to the mainland with a small bridge. Only residents of the island can have an access with their cars, otherwise you need to park your car at the main car park area and walk about 15 minutes to get to island. When you reach the island a monumantal plane tree, about 400 years old welcomes you.

Or you can rent a boat and have a panaromic cruise around the island between the lily flowers and reach the island. Definetly try it. After touring on the island, you can walk back to parking area.