Urfa, officially Sanliurfa is located at the south east of Turkey and has a boundry with Syria. It is the city of the Prophets. Like a decade ago, archeologist start excavating the oldest temple of the world, called Gobeklitepe at the north of city center.

The city has about 2 million residents. Urfa is a multiethnic city with a Turkish, Kurdish and Arab population. Urfa is on a plain about 80 km east of the Euphrates River. Its climate features extremely-hot, dry summers and cool, moist winters. 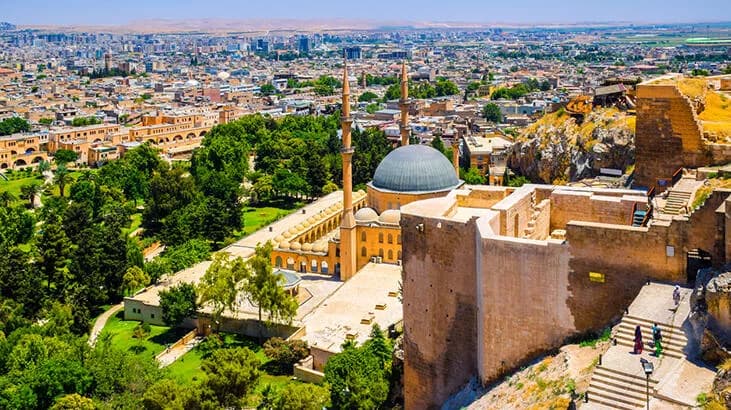 There are regular flights everyday from Istanbul Airport. Şanlıurfa GAP Airport is about 35 km away from city center and it is about 30 minutes driving away.

Where to Stay in Sanliurfa

There are some nice city hotels in Urfa city center such as Hilton Garden Inn and also well furnished boutique hotels like Hanehan Boutique Hotel and Turkmen Konagi. There are plenty of options. You can check online booking sites such as booking.com or trivago

Sites to See and Visit in Sanliurfa

The city began circa 9000 BCE as a Neolithic site located near Abrahams Pool. It was part of a network of first settlements spanning West Asia where agriculture began. It was here that the life-sized limestone “Urfa Man” statue was found during an excavation and is now on display at the Şanlıurfa Archaeology and Mosaic Museum. 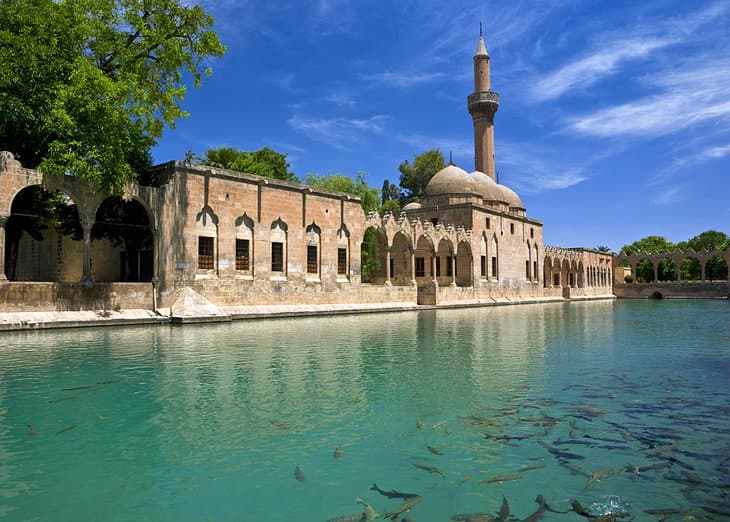 Balikligol – Pool of Sacred Fishes & Halilulrahman Mosque (Abraham’s Mosque) are right in the city center of Urfa. Actually, pool is in the courtyard of the mosque.

The legendary Pool of Sacred Fish (Balıklıgöl) where Abraham was thrown into the fire by Nimrod. It is believed that fire was turned into water and burning woods were turned into fishes.

The pool is in the courtyard of the mosque of Halil-ur-Rahman. Ayyubids built it in 1211 and now surrounded by the attractive gardens. The courtyard is where the fishes thrive. A local legend says seeing a white fish will open the door to the heavens.

The small cave near the mosque is attributed to Abraham as his birth place. 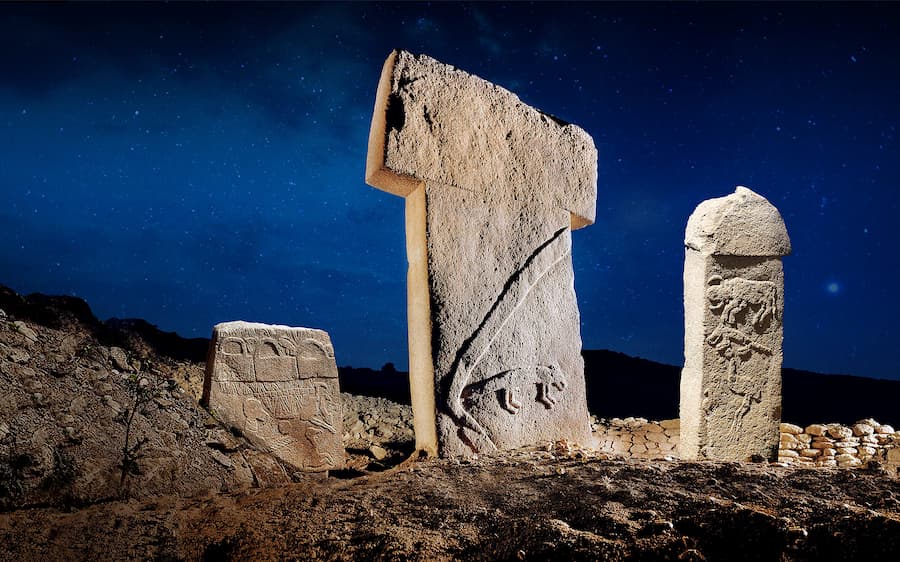 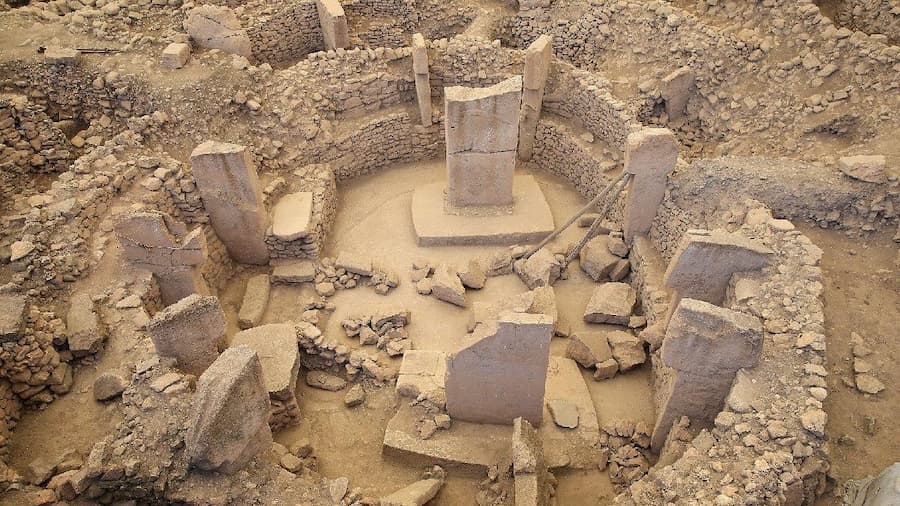 Zero point of the history

The archeological site of Gobeklitepe is consist of circles of massive erected ‘T’-shaped stone pillars —the world’s oldest known megaliths. As no one is sure about the purpose of the structure, many schoolars think that it was a temple. It is about 12thousand years old (from the 10th millenium BC)

There are more than 200 pillars in about 20 circles are known (as of May 2020) through geophysical surveys. Each pillar has a height of up to 6 m (20 ft) and weighs up to 10 tons. They are fitted into sockets that were hewn out of the local bedrock.

The details of the structure’s function remain a mystery. The excavations have been ongoing since 1996 by the German Archaeological Institute, but large parts still remain unexcavated. In 2018, the site was designated a UNESCO World Heritage Site.

Discovery of Gobeklitepe changed the history. The T shaped pillars have a dimesional animal figures like an art work. So mankind did not come out from the caves in one day and start making those phenomenal pillars. After that, they were burried with tons of rocks and earth. There are still lots of unanswered questions about it. But imagine a structure which is 7 thousand years older than Pyramids.

Why to visit Gobeklitepe?

Where to Eat in Sanliurfa?

Sanliurfa has a rich cuisine and one of the best city in Turkey to try local dishes and foods. It is famous especially with Cig Kofte and Urfa Kebab. Cig Kofte is the Turkish version of steak tartare. They traditionally make it with high-quality ground raw beef (or lamb) then combine with bulgur, tomato paste, onions, garlic, pepper, and a selection of Turkish spices.

One of my recommended restaurant in Sanliurfa is Cevahir Han. You can try the selection of local dishes.