Diyarbakır is in the south east of Turkey on the banks of Tigris River. After Şanlıurfa and Gaziantep, it is the 3rd largest city of the region with about 1,5 million population.

Unfortunately, starting from 1980’s Diyarbakır suffered because of terrorism of Pkk and Pkk affiliated organizations such as YPJ, PJAK, KCK, SDF and more. In 2016, terrorists dug trenches and placed bombs in the old city , Sur. The clashes in the old city gave a big damage to the historical structures. Finally, the area was cleaned from the terrorists.

Also, After the operations of Turkish Army in northen Syria (Euphrates Shield – in 2017, against ISIS and Olive Branch – in 2018, agaist YPJ), the borders were cleaned from PKK affiliated organizations and ISIS. Now, the area is more secure and peaceful. 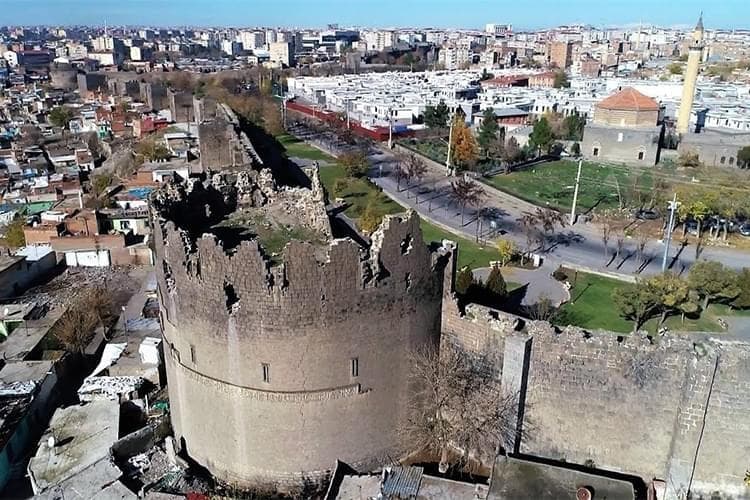 The easiest way to get to Diyarbakir is having a flight. There are regular flights from Istanbul Airport and Sabiha Gokcen Airport, every day. Flight time is about 1,5 hours. Please check Turkish Airlines and Pegasus

A direct driving from Istanbul is almost impossible as it takes about 18 hours driving. On the other hand, if you make a plan of 10 days tour then driving can be considered.

Where to Stay in Mardin

There are some good hotels in the city center. Unfortunately, there are limited hotels in old city. Also, they are not in good conditions. Due to the damages of the terror attacks in the previous years, the construction projects are still going on at the residencial buildings.

Sites to See and Visit in Mardin

Diyarbakır’s old city is called Sur which means ‘City Walls’. History of the Diyarbakır goes back to 3rd Millenium BC and today’s historical sites are mainly in the old city 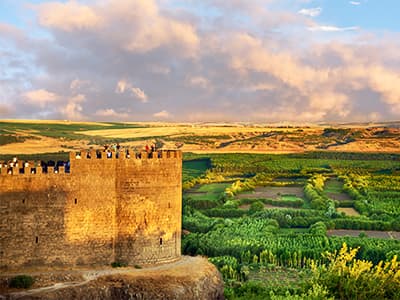 The Hevsel Gardens, are the seven hundred hectares of cultivated, fertile lands near the Tigris in eastern Turkey, between the Diyarbakır Fortress and the river. The fortified city was enclosed by a two-part system of defensive walls, and the gardens, fed by springs on the steep slope below, played a vital role in keeping the city provisioned and watered. The gardens were in UNESCO tentative list in 2013, and they became a World Heritage Site in 2015, along with the walls of Diyarbakır Fortress. 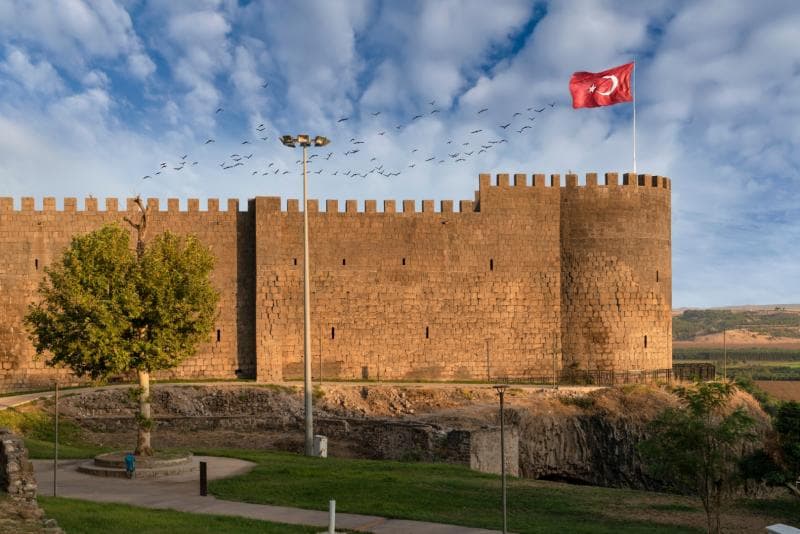 Diyarbakir City Walls consist of an inner fortress and an outer fortress. The main gates of the fortress are; Dag Gate, Urfa Gate, Mardin Gate and Yeni Gate. The walls were first built as an defensive wall of old Roman city of Amida and constructed in their present form in the mid-fourth century AD by the emperor Constantius II. They are the widest and longest complete defensive walls in the world after only the Great Wall of China. UNESCO added the city walls of Diyarbakir to their tentative list on 2000, and listed it as a World 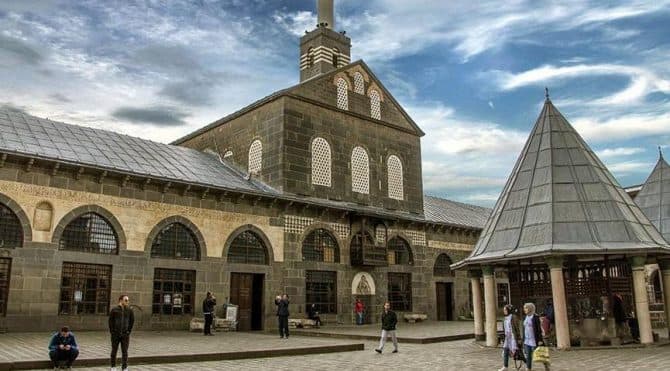 There was a Sun Temple on the site of Diyarbakir Great Mosque from the pagans. Later with the christianity it was a church. Then it was converted in to a mosque by Arabs in the 7th Century. During the time the converted mosque was unmaintained and ruined down. Today’s mosque is from the Great Seljuk Sultan Malik-Shah I. It is a model of the Great Mosque of Damascus. The mosque is considered by Muslim scholars to be the fifth holiest site in Islam after the Great Mosque of Damascus. It can accommodate up to 5,000 worshippers.