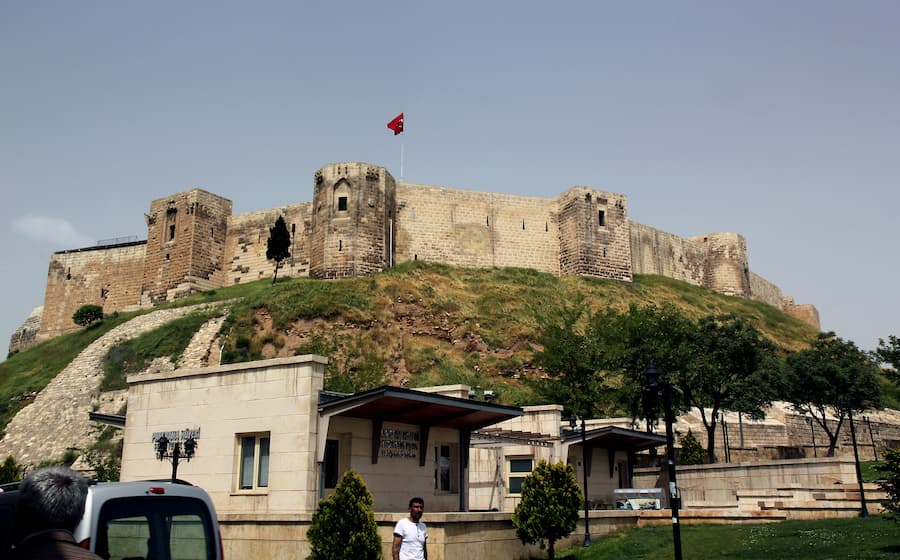 Gaziantep is located at the south-east of Turkey and about 90km at the north of Syrian border. It is the sixth-most populous city in Turkey and one of the oldest continuously inhabited cities in the world. Population of Gaziantep is about 2 million.

It is situated on a road junction which connects routes from Europe to the East and Middle East. In the history, the caravans carrying travelers, loads of spices and foodstuffs and other precious items used to stop over in Gaziantep. Travellers and traders were not just carrying items. Also, they carried their traditions, foods, cuisines, language, beliefs and more. Locals gained more experiences and learned more in terms of traditions, beliefs and cuisine. This has given dynamism to Gaziantep, its cuisine and the traditional ways of life.

Fertile Lands of Gaziantep are watered by Euphrates and nature is so genorous. Climate is luke warm. It is so hot and dry during the summers and rainly during the winters. Occasionaly it gets snow. All kind of vegetabels and fruits can grow in Gaziantep, especially ‘Pistachios’. Turkey is the 3rd biggest pistachio producer in the world and almost the all production of country is in Gaziantep. 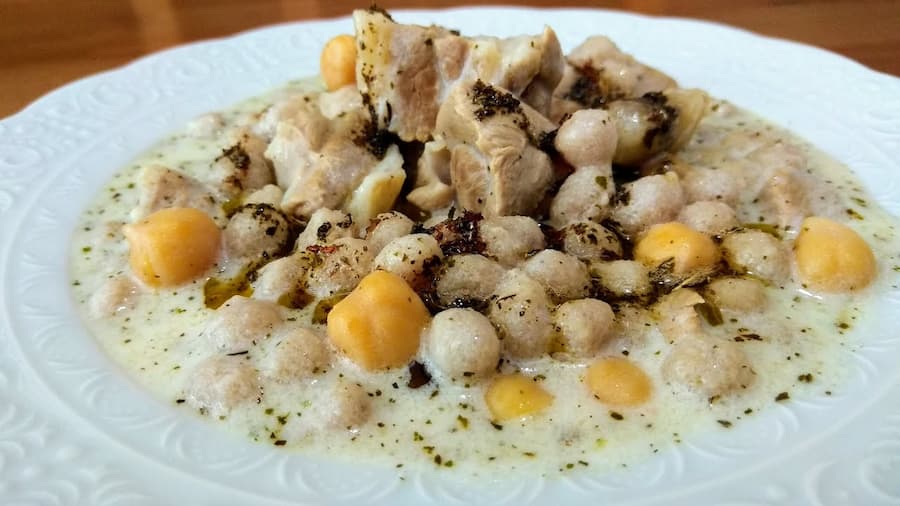 The preparation of this festive soup is a time-consuming process because of rolling hundreds of tiny meatballs. These spiced meatballs are typically made with lean beef mince, and either rice or bulgur flour. Then , meatballs are steamed. Then they are added to strained yoghurt together with pre-cooked chickpeas, drizzled with minty olive oil. Yuvarlama soup can even include stewed chunks of beef, lamb, or chicken, and it is most often accompanied by rice pilaf. It is an amazing combination of different flavors and textures. 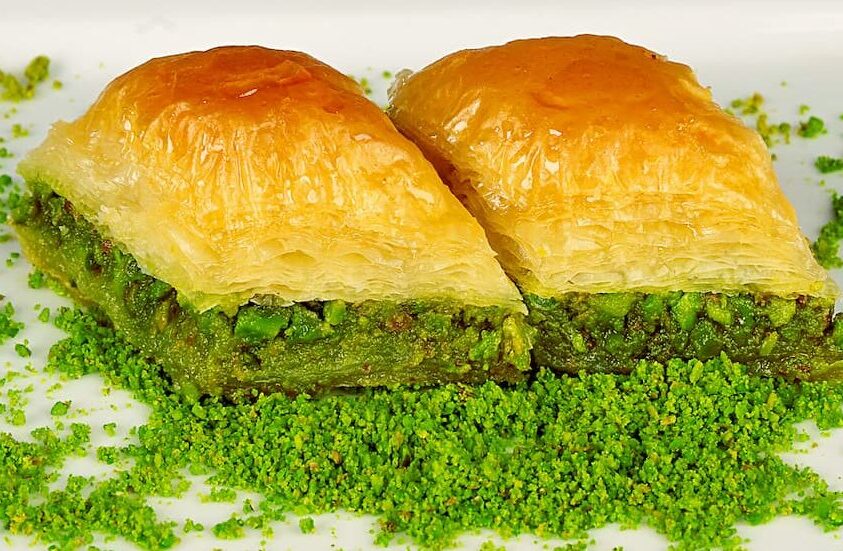 There arre more than 500 baklava bakeries in the city of Gaziantep, it is definitely not to be missed, especially during the pistachio harvest from midsummer to September.

Finely crushed pistachios are spread between paper-thin sheets of phyllo dough that are brushed with melted butter. Then Baklava is baked, and finally, poured over with a hot sugar and lemon juice syrup. (it is not honey)

According to Turkish master bakers, a well-baked baklava has a perfect crunch to it. When divided with a fork, it makes a cracking sound which is not only a sign of freshness, but also a sign of the finest baklava, which isn’t too sweet or heavy and leaves a heavenly taste in your mouth. 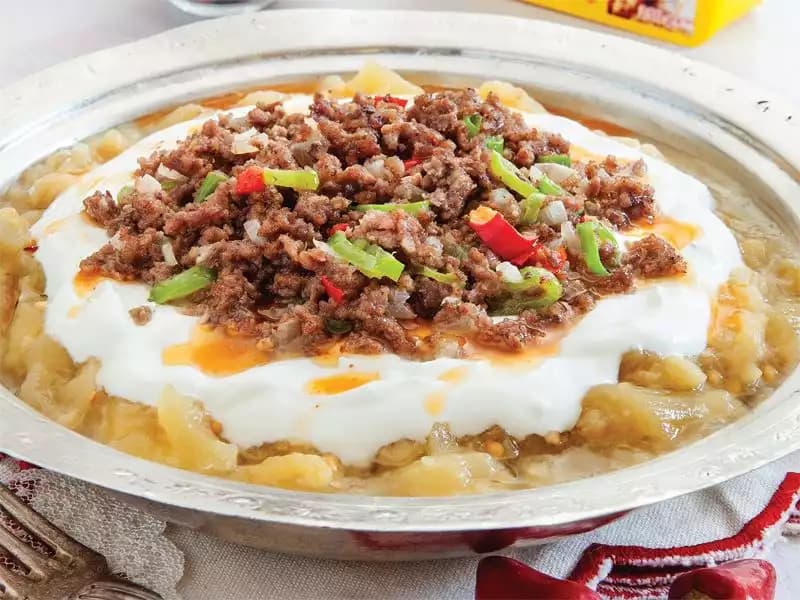 Ali Nazik is a Turkish kebab variety originating from Gaziantep. Definetly it is not to be missed while in Gaziantep.

It consists of char-grilled and puréed eggplants that are combined with garlic yogurt sauce, then topped with grilled lamb. The meat is typically stewed with onions, red pepper paste, tomatoes or tomato paste, and olive oil. 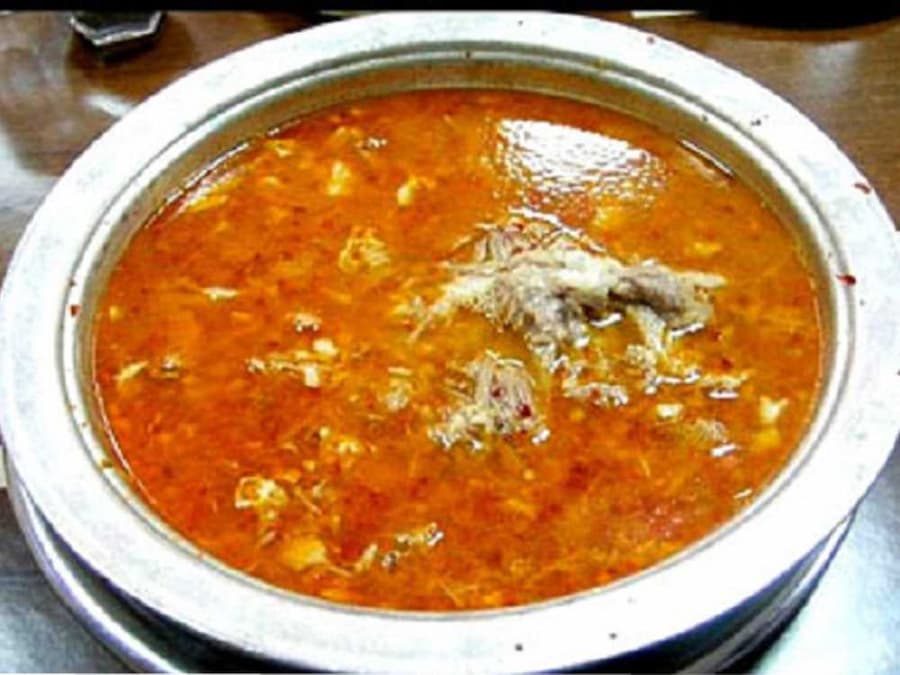 Beyran Soup is Gaziantep’s another popular dish and locals enjoys it mainly during breakfast. The soup is a great combination of sheddered lamb, rice, lemon and garlic mix, salt and flaked red pepper.

Where to Eat in Gaziantep?